Princess Soraya and the Jet Set

Princess Soraya wanted to be a filmstar, so, Dino de Laurentiis made this 3 episode vehicle for her. She was beauty, but not talented. In the Antonioni (the first story) she arrives to de Laurentiis' studios in Rome suburbia for making a screen test. She wears and proves Piero Tosi's costumes. The only interesting thing here is the Antonioni style asoylation set design.

The second story is even worse, but Richard Harris is gorgeous, and the evil Spanish Marquís, José Luis de Vilallonga plays the role of the ex husband. Super rich atmosphere, total jet set. Absolute empty and boring. Directed by Bolognini.

The last sketch is starred by Alberto Sordi who plays a Roman Gigolo who wants to work for Soraya. The only acting talent in the former Empress is shown here, when she discovers the career of the great comedian Sordi at her luxirious Via Appia villa. I am a gigolo, repeats Sordi.
They visit an ultra decadent Via Veneto nightclubs. Directed by Granco Indovina who became Soraya's love partner for years.

A very dissappointing and hard to find film. 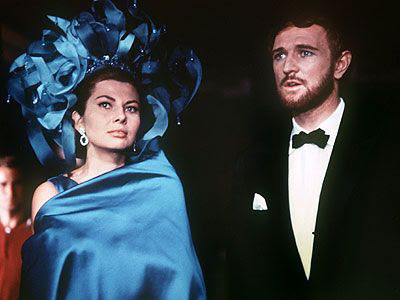 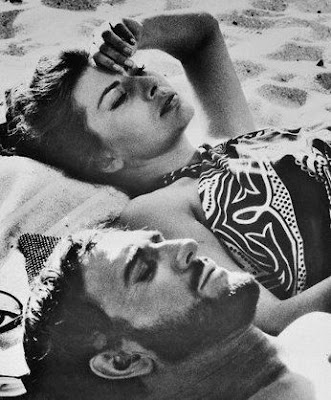 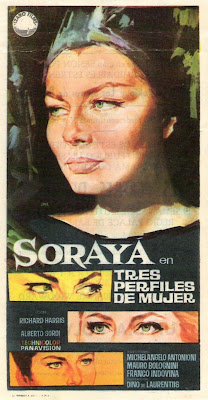 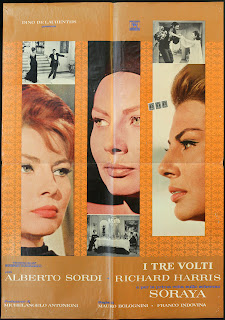