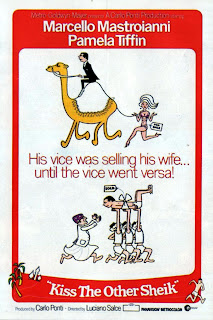 Italian film Oggi, domani, dopodomani. 3 episodes, the 3rd one is directed by Luciano Salce, starred by Pamela Tiffin and Marcello Mastroianni, a bank clerk married to a blonde who spends too much money, so, He decides to sell his wife to the rich Arabs, who love blonde and have a blonde harem in Arabia. Granada with the beautiful La Alhambra, Generalife and the Walls are sets for an Arab petrol king. 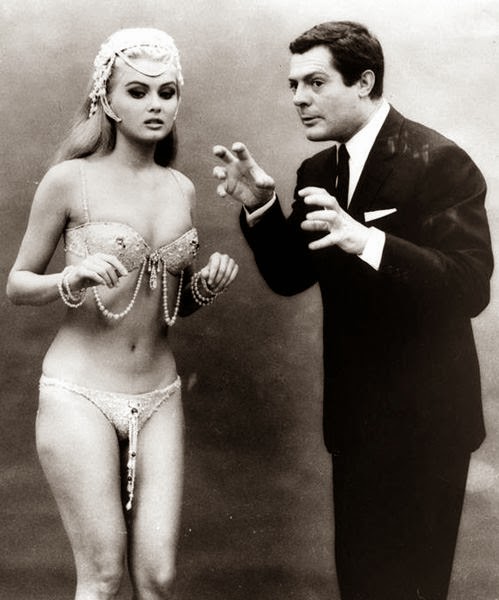 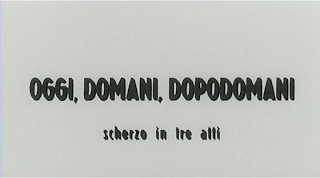 The film is anecdotic, it's not good but it's very fun. First episode in black and white, set in Milano, with Catherine Spaak directed by Ferreri. Second one, set in EUR, Roma, with Virna Lisi, an Eduardo de Filippo sketch based on his one act play. All 3 are starred by Marcello. 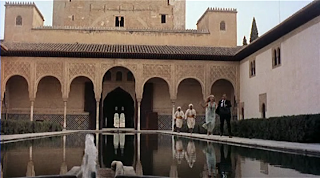 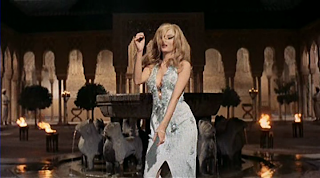 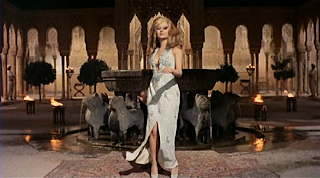 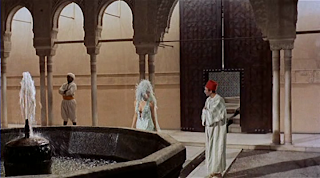 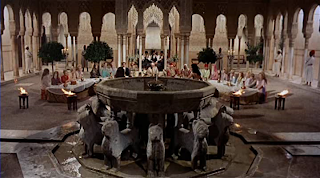 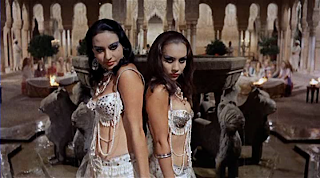 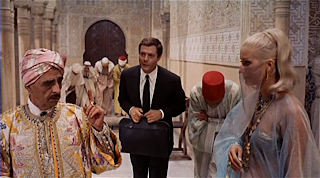 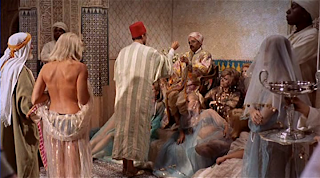 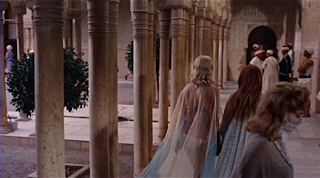 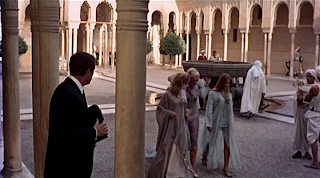 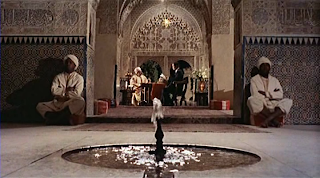 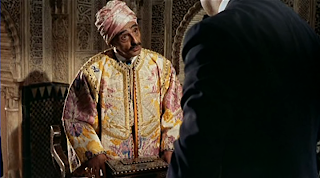 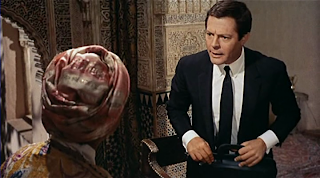 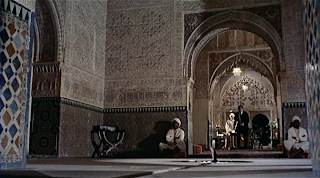 Note the Pop revolution. Pamela shows the blonde harem how to dance the surf. 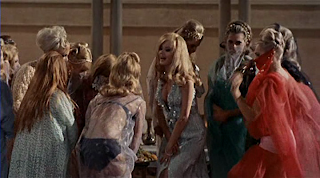 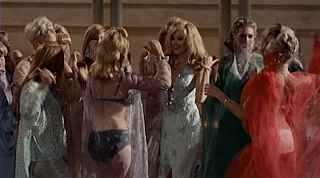 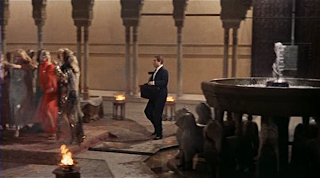 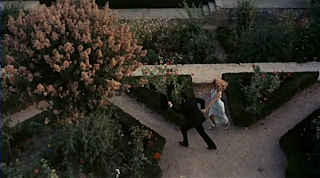 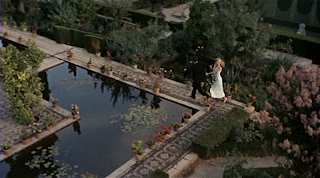 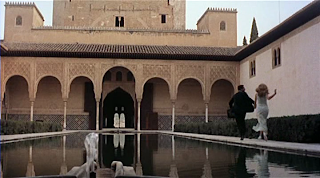 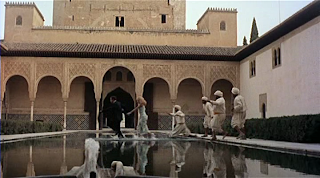 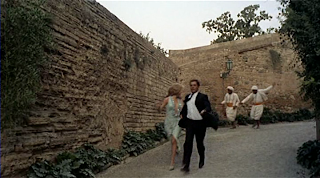 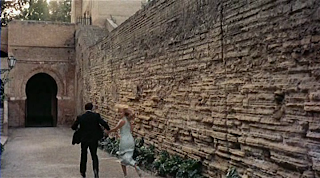 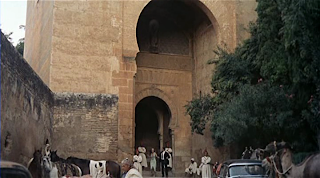 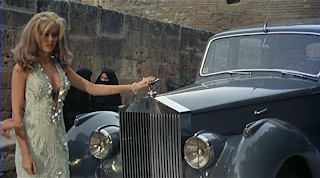 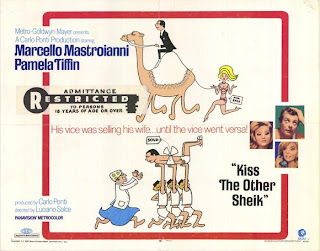